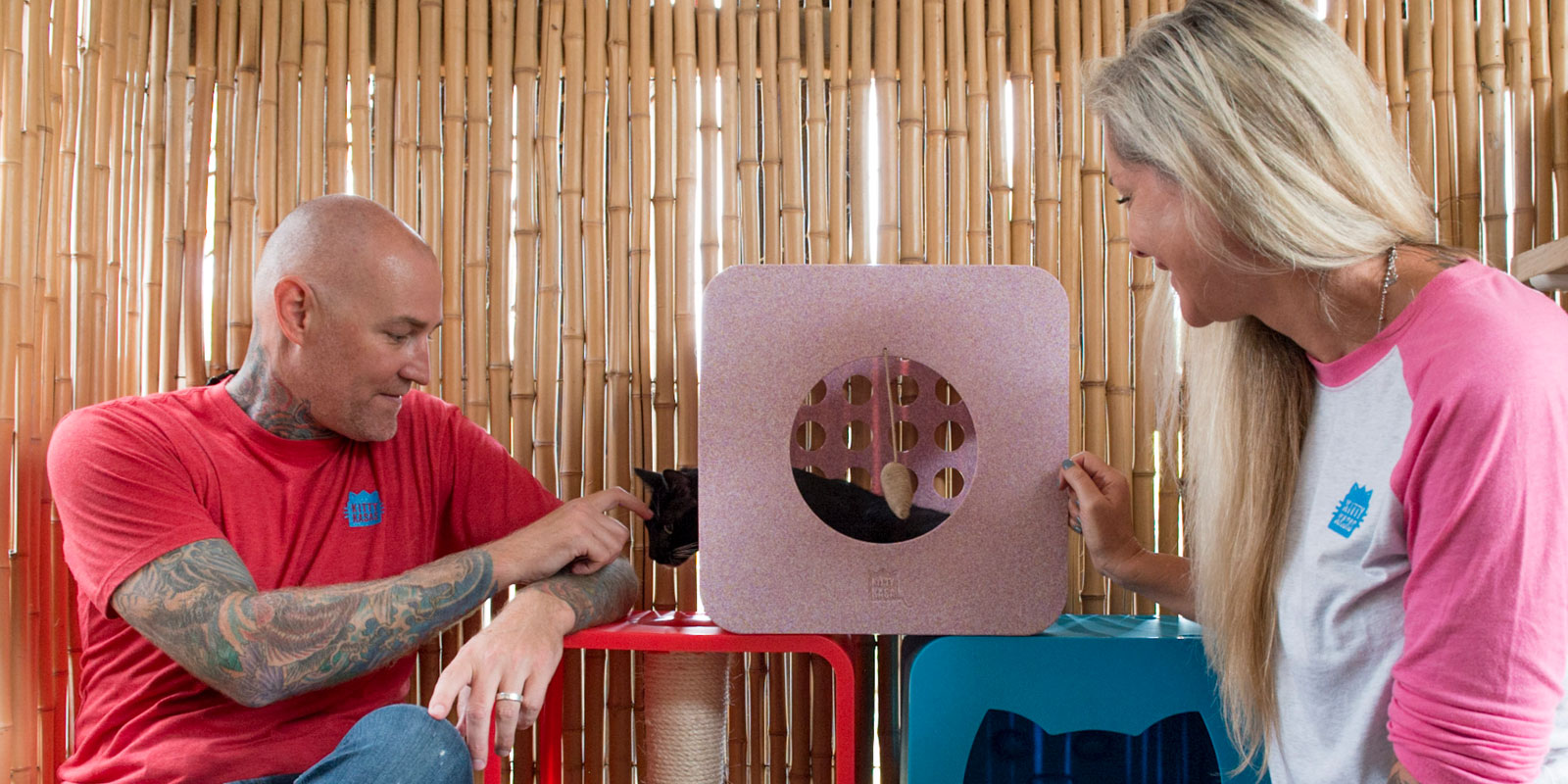 Kitty Kasas are more than just a pet project. Born out of 20 years of rescuing and rehabilitating animals all over the world, our durable, quick-clean cat furniture is a seamless marriage of elegant style and versatile function. The only ones it’ll make happier than your interior decorator are your lucky little fur-babies.

After a whole lot of sketching, sciencing, and field testing, we began equipping shelters with our new Kitty Kasas, and the results were undeniable: a virtual utopia of frolicking felines and their happy human counterparts. It also resulted in a whole lot of people asking how they could get this stuff for their cats at home, to which we responded, “We’ll get right on that.” And we did, which is why you’re reading this thing, and why your cats are about to love you even more.

After running no-kill animal shelters for over two decades, we know that the best environment for kitties is one where both they and their humans are comfortable and happy. We knew we could do a lot better than an old, dingy scratching post, so we set to work creating cat houses, gyms, and recreation areas that were indestructible, easy to clean, easy to assemble--and that actually looked cool, instead of like something you salvaged from an abandoned treehouse.

The duo behind Kitty Kasas is anything but a typical business partnership--but, then again, it’s not really your typical business. You’re as likely to find them mountain biking, surfing, or snowboarding as you are to find them behind a desk, but their love of adventure is accompanied by some pretty serious credentials.

A PRINCETON GRAD WITH A BACKGROUND IN RADIO...

Nikki is the founder of the Arni Foundation--an international animal rescue organization named for her mother, Arni. She’s been at the helm for over 200,000 animal rescues worldwide, and still gets hands-on with weekly animal rescues.

After meeting Nikki, Rusty got involved as an Arni volunteer, and quickly became a passionate advocate who now works tirelessly to help animals and runs the ArniSays pet division. His diverse background running everything from hedge funds to machine shops has been a driving force in both product development and infrastructure, and his shared love of philanthropy has made he and Nikki a formidable team for positive change.

Together, they’ve traveled the globe from Russia, to the Middle East, to New Orleans, and everywhere in between, rescuing and rehabilitating animals in need. In the course of their work, the absence of durable, hygienic, versatile environments for animal shelters showed itself to be a genuine problem. Necessity is the mother of invention, and Nikki & Rusty’s collective experience, knowledge, and passion for animals proved to be the perfect catalysts for the birth of a revolutionary development in animal care for both shelters and pet owners alike.